Where in the world?

Angela and Guillaume have a new member of the family. Please meet Petit Robert! Guillaume went to find him yesterday and brought him home.

This is his little apartment. 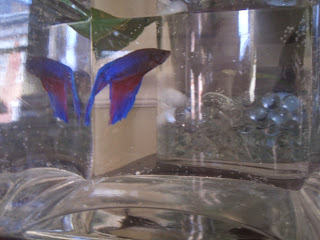 Guillaume made a very nice little corner of the world for him. They think he is happy, although he didn't eat yesterday. Angela put a picture of the two of them next to his apartment so he doesn't get lonely when they're not home.

Angela gave him a little food this morning. He didn't eat when she was watching, so she went to the couch and decided to blog and have her coffee so she wouldn't bother him. She'll check to see if he ate his 4 food pellets in a little while. 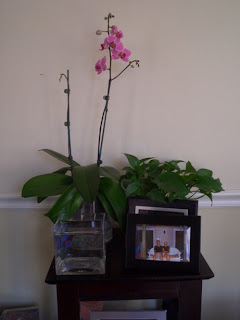 Guillaume is trying to find a babysitter for when we go to France. He must be fed every day, twice a day. They don't want to come home to a floating Petit Robert.
Posted by Angela & Guillaume at 7:44 AM 5 comments:

Angela & Guillaume have finally found a little piece of France in Boston. There used to be a famous restaurant called Maison Robert, which closed in 2003. Petit Robert, a bistro owned by the same family, opened in 2005, in Kenmore Square in Boston. It is very close to Boston University and Fenway Park. There are some new hotels and restaurants in the area now, as well.

Last Friday night, Angela and Guillaume went to Petit Robert in the middle of yet another snowstorm. Yes, more snow. Lots of it! After making sure they had keys, money and lipstick (only for Angela, of course), they took a taxi to make their 8:30 reservation, and made it safely in the snow. They jumped over slush filled puddles and ran into the restaurant. Guillaume spoke to the hostess, who responded to him in French. Then the general manager brought them to their table, and he is French as well! He and Guillaume spoke about something (Angela realizes she still cannot understand French very well at all).

They had champagne, of course. They ordered their dinners off of a menu that had so many delightful choices. http://www.petitrobertbistro.com/Menus/MenuFrame1.htm

Guillaume got the escargots as a starter. He kindly gave one to Angela. It was delicious. 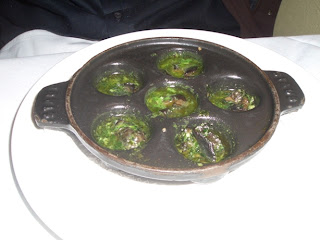 Angela got the "trio of pate", which were so good as well. It took her a long time to eat because she was savoring every bite, so Guillaume got one more escargots... Angela was happy because she had one more as well! 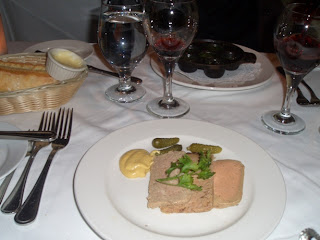 For dinner, Guillaume had the andouiette with a bouidin noir, and Angela had the beef bourgignon. She forgot to take a picture until she had eaten some of it... She also tried both of Guillaume's dishes, and maybe she wouldn't get it for herself, but she liked it! 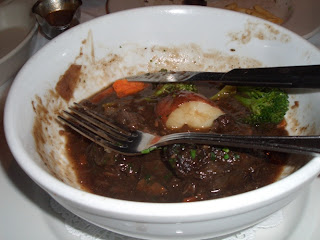 They had an amazing bottle of wine that was perfect with the meal. Guillaume chose very well! 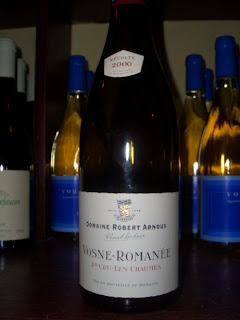 After the very long, relaxing dinner, they put on their scarves, gloves, coats and hats, and made their way back out into the snow. Guillaume was going to meet a colleague because it was his last night at his job, and Angela was going home. Angela took the first cab, and with a kiss to Guillaume she was off.

The taxi drove down Commonwealth Ave, and with the snow falling and the white lights on the trees, it was a beautiful ride home.

Unfortunately, Angela left Guillaume with the only set of keys. So she took another taxi back to Newbury Street to get the keys from Guillaume. Finally, she made it back home!

The next bistro Angela & Guillaume will go to will be in France! In 24 days!

Finally! (Well, actually it arrived last week, but Angela & Guillaume have been very busy.)
Guillaume was on his way to the shop. Angela heard him come back up the stairs right after he left. She thought something was wrong. But there was only a change in plans. The bike arrived! 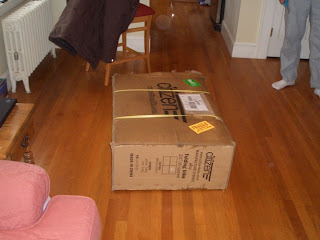 It came folded up like a pretzel, so Guillame wanted to unfold it and put it together. 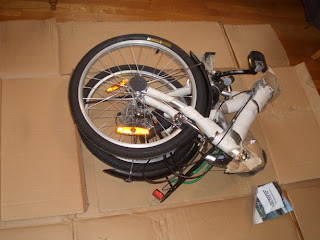 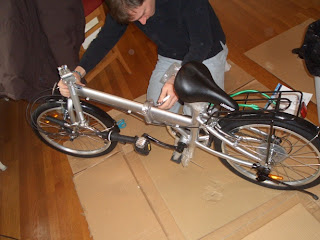 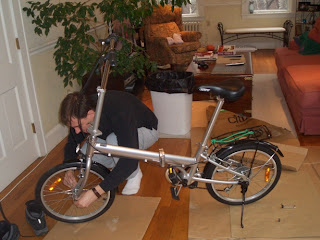 Very unfortunately, it was raining very, very hard outside. Guillaume was so sad that he could not ride his new bike. 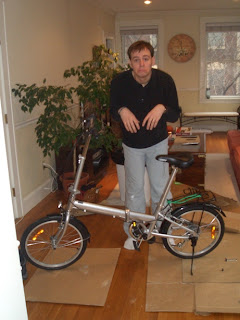 Since then, he rides his bike to work every day (except yesterday). Today, it is 60 degrees! It was a very nice day for a bike ride. Guillaume looks very cute on his new bike.
And we are counting the days until we go to France! Only 33!
Posted by Angela & Guillaume at 4:33 PM 6 comments: 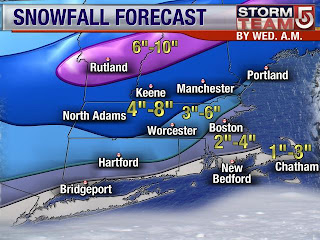 They Can't Keep Us Down!

As you may remember, in the early morning hours of January 13, just before a big snowfall, Guillaume's bicycle was stolen by evil theives! http://bostonlovesparis.blogspot.com/2008/01/oh-no.html
Cyril and Claudia had good ideas about bringing a new bicycle upstairs every night (for safety AND strong arms). Angela thought Claudia was right about the walls. Angela did not want to follow Guillaume up the stairs every night with a bucket of paint to cover the smudges on the wall that were sure to happen.
Guillaume, however, is brilliant. He found a FOLDING BIKE! He can fold it and bring it upstairs every night, and now nothing bad can happen to it. It will be warm and dry, just outside our apartment door.

Angela ordered it for Guillaume online yesterday, and it will arrive this week. This is what it looks like un-folded. Angela thinks it is tres mignon. Guillaume isn't so sure. 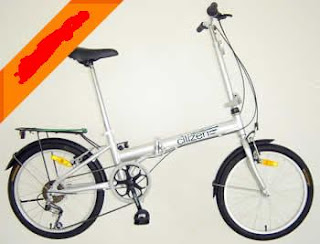 Of course there will be photos when the bicycle arrives!
Posted by Angela & Guillaume at 9:46 AM 8 comments:

The New England Patriots lost 17-14 to the New York Giants. There will be no victory parade.

BUT, Guillaume won $50 in a Superbowl Pool! It was his first bet and his first win. He even got a little yellow ribbon. He was very proud.

Angela and Guillaume stayed at the Superbowl Party until just after half-time. Then they took a taxi home and watched the rest of the game from their couch, and they were so happy (until the Patriots sadly lost).

The news reporters are very gloomy today, but at least there were no riots like when the Red Sox won!
Posted by Angela & Guillaume at 9:13 AM 4 comments:

Guillaume is going to go to his very first Superbowl Party tonight.

The New England Patriots are playing the New York Giants. The game starts at around 6:15 p.m. Angela and Guillaume will leave at around 5:30 for the party at the Ritz (wahoo!).

Stay tuned to see what happens!
Posted by Angela & Guillaume at 4:19 PM No comments: